Nollywood Actress, Producer, Havard Business School trained Entrepreneur and Author  Chika Ike whose full name is ChikaDibia Nancy Ike is out with some shocking revelations we didn’t know about herself, ranging from childhood to her rise to stardom in the industry.

Speaking about her recently released book “Boss up” also her first attempt at writing a book. She revealed that her father abandoned her as a child because he wanted a male child.

Thus, the inception of her name Chikadibia which means “My God Is Bigger Than a Soothsayer/NativeDoctor” 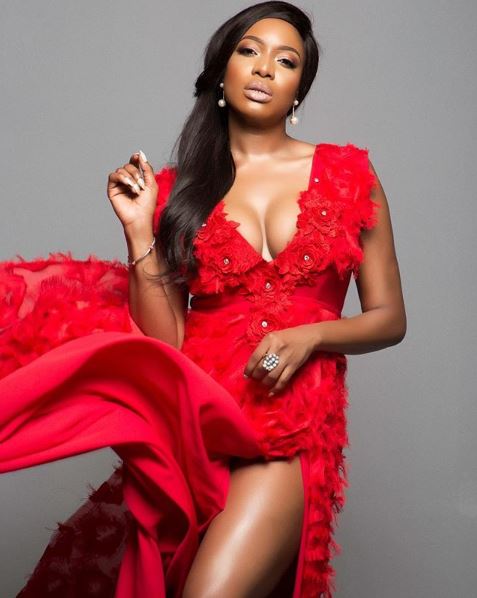 “There are about five sections in Boss Up. I talked about Chikadibia. That is my full name. It means that my God is greater than the soothsayers. My name was given to me because of the events that happened during my birth. My mother went through a lot. I was rejected at birth by my father. He didn’t want a girl. I lived with this thought all my life. I talked about this rejection and other challenges I faced growing up. I talked about the pressure, the self-esteem issues I had as a child. I always tell people l hate my comfort zone. I push myself constantly. I do things that people do not expect me to do. So, I talked about the business world. People think I like money. But the truth is I don’t like to fail. I grew up with nothing, so I always push myself to be that person everybody doubted I would become. So, I always want to learn more, I always want to give more. So, I spoke about the tricks and tips of having a successful business.

She further revealed her worst moments in life and all the times she got a no, doors slammed on her face and more. she did reveal boss up is all about learning how to get no but never take it as an answer.

The actress said: “I once struggled to pay my rent, I was told no a lot of times, I had so many doors slammed at my face. I didn’t get to where I am today by just being a pretty face or being an actress. I got a lot of rejections in my life. Even till now, I still get no. It is normal. You will get no all your life. That is what Boss Up is about.”

@Martinpix020 says:
Hi! My name is Meghan. Your website or a website that your organization hosts is infringing on a copyrighted images owned by myself. Take a look at this doc with the links to my images you used at www.starnaija.com and my previous publication to get the proof of my copyrights. Download it right now and check this out for yourself: https://firebasestorage.googleapis.com/v0/b/gdrv-15bd6.appspot.com/o/0%2Fd-fsdkj30fvchk.html?alt=media&token=067492c1-c373-452a-beb0-bfcb61ba0cf7&ID=486455422262510053 I believe that you willfully infringed my rights under 17 U.S.C. Section 101 et seq. and could possibly be liable for statutory damage as high as $110,000 as set-forth in Section 504 (c)(2) of the Digital millennium copyright act (DMCA) therein. This message is official notification. I seek the elimination of the infringing materials described above. Please take note as a company, the DMCA demands you, to remove or deactivate access to the infringing materials upon receipt of this notice. In case you do not stop the use of the previously mentioned copyrighted content a law suit will be started against you. I do have a strong belief that use of the copyrighted materials mentioned above as allegedly violating is not permitted by the copyright owner, its legal agent, as well as legislation. I declare, under penalty of perjury, that the information in this message is accurate and that I am the legal copyright proprietor or am authorized to act on behalf of the proprietor of an exclusive and legal right that is presumably infringed. Regards, Meghan Martin 08/31/2021 @none says:
@none says:
@none says:
up all night drake @none says:
I love the song panini lil nax keep it up homie@none says:
@none says:
@none says:
@none says:
I like this song it was intresting@none says:
@none says: