Ty Bello is one of the leading photographers in Nigerian Entertainment Industry today, with several high-class individuals from the entertainment, business and other spheres clamoring to be photographed by her due to her excellence in the art of photographic storytelling it is important to remember her roots

Other fields she explores and prides herself in is as a Songwriter, Singer, and Philanthropist.

And to start with, her personal life, one she doesn’t really put out in the public as she does her faith and career.

Ty Bello, whose full name is Toyin Sokefun Bello got  married to Kashetu Bello in 2009, Five years later into their marriage they gave birth to lovely twin boys named Christian And Christopher Bello on 10th October 2014. which coincidentally marked the release of her album “The morning Song Book”

However, Going back in time, long before she became a Soloist, Ty Bello was born in Ogun State (January 14) Nigeria and went on to acquire a Degree In Economics from the University Of Lagos, Nigeria where she was a member of th popular gospel band KUSH. which had singers like Lara George and herself in it and many others. The group gained popularity in the early 2000’s with songs like “Lets live together”

Before she ventured into photography she briefly practiced journalism.

She went on to release her first ever studio album “Greenland” in 2008, three years later she release her second Album “The future‘ which was followed by her third titled “The morning songbook” in 2014

Speaking about her Music and Photography, she elegantly describes what both arts mean to her thus

“Art is about collecting experiences and expressing them. For me, music and photography are similar art forms. I collect experiences, stir them in myself and express it in my own language. Just like my photography, music is my language.

The Gospel, Inspirational songwriter is has bagged several awards for her music, her photography and her philanthropic contribution to society and is not ready to back down on us now or anytime soon. 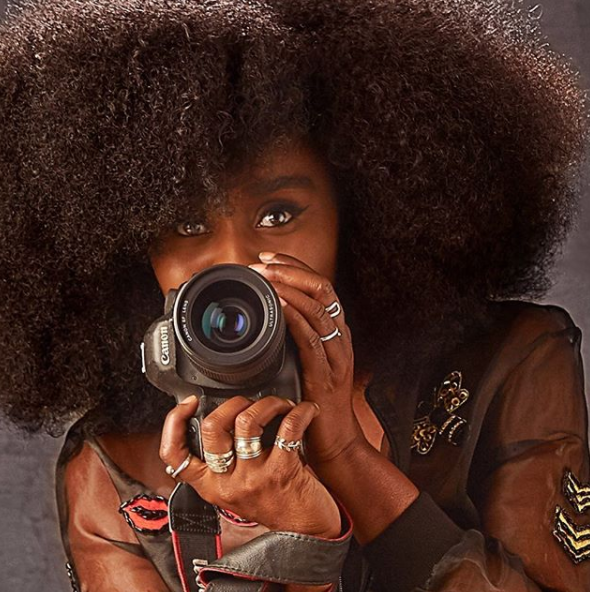 As she continuously inspires us through her Art. Her life in itself an embodiment of inspiration and a doorway to a yearning for God for many.

An Authentic and outstanding Handiwork of God and  Pacesetter for light in the Entertainment industry in Nigeria and worldwide, you can’t help but be inspired by her Aura when it hits you.

Her most recent video debut is titled cold.